Metropolitan Kallistos (Ware). Born Timothy Richard Ware to an Anglican family in Bath, Somerset, England, he embraced the Orthodox Christian faith at the age of 24. Ware became an Orthodox monk at the Monastery of Saint John the Theologian in Patmos, Greece. In 1966 he was ordained to the priesthood within the Ecumenical Patriarchate and was tonsured as a monk, receiving the name "Kállistos". In 1966, Ware became Spalding Lecturer at the University of Oxford in Eastern Orthodox studies, a position he held for 35 years until his retirement. In 1982 he was consecrated to the episcopacy and in 2007, the Holy Synod of the Ecumenical Patriarchate elevated him to the rank of metropolitan. Since his retirement in 2001, Ware has continued to publish and to give lectures on Orthodox Christianity. Ware is a prolific author and a popular lecturer throughout the world. He has authored or edited over a dozen books, numerous articles in a very wide range of periodicals, essays in books on many subjects, as well as providing prefaces, forwards or introductions to many other books. He is perhaps best known as the author of the book The Orthodox Church, published when he was a layman in 1963 and subsequently revised several times.


Ivan Moody studied music and theology at the Universities of London, Joensuu and York (where he took his doctorate). He studied composition with Brian Dennis, Sir John Tavener and William Brooks. His music has been performed and broadcast all over the world, and commissioned by world-renowned performers. His most substantial works to date are Passion and Resurrection (1992), Akathistos Hymn (1998) and Qohelet (2013) and Stefansweihnacht (2019). He is also a conductor and musicologist. As a conductor, he has directed choirs throughout Europe and in North and South America, especially in early and contemporary repertoire. As a musicologist, he has published extensively on the music of the Balkans, of Russia and of the Iberian Peninsula, with special emphasis on contemporary and sacred music. He has contributed to the Grove Dictionary, Die Musik in Geschichte und Gegenwart, the Canterbury Dictionary of Hymnology and the Cambridge Companion to Stravinsky. His book Modernism and Orthodox Spirituality in Contemporary Music was published in 2014, and he is currently engaged on a large-scale research project dealing with Southern identities in music of the 20th century in the Mediterranean and the Balkans. He is a researcher at CESEM – Universidade Nova, Lisbon, having previously been Professor of Church Music at the University of Eastern Finland, is the Founding Chairman of the International Society for Orthodox Church Music, a founding member of the Music Panel of the European Academy of Religion and the Music Chair for the International Orthodox Theological Association. He is also a protopresbyter of the Orthodox Church (Ecumenical Patriarchate of Constantinople) and rector of the Parish of St John the Russian, Estoril in Portugal.


Alexander Filonenko is a philosopher and a theologian. He was born in 1968 in Kislovodsk, graduated from the physical technical faculty of Harkiv National University in 1993 and in 1996 defended PhD in philosophy. He is a senior lecturer in the Faculty of Theory of Culture and Filosophy of the Department of Filosophy of Harkiv National university. He was a guest lecturer at Moscow Theological Biblical Institute and summer theological schools of Moscow, Kiev and Minsk. In 2004 he was an guest researcher at the Department of Theology of the University of Cambridge. He is author of numerous articles on the subjects of theology of vulnerability and theology of communion. He has organised international exhibitions dedicated to Metropolitan Antonii of Surozh and St Maria of Paris (Maria Skobtsova), popularising their legacy internationally.

Renos K. Papadopoulos, Ph.D. is Professor and Director of the ‘Centre for Trauma, Asylum and Refugees’ and of the 'MA/PhD in Refugee Care', and a member of the ‘Human Rights Centre’ and of ‘Transitional Justice Network’, all at the University of Essex. In addition, he is Honorary Clinical Psychologist and Systemic Family Psychotherapist at the Tavistock Clinic in London, as well as training and supervising Jungian psychoanalyst and systemic family psychotherapist in private practice. As consultant to the United Nations and other organizations, he has been working with refugees, tortured persons and other survivors of political violence and disasters in many countries. More recently, he has been exploring the contribution of Orthodox Christian spirituality to the complexities of modern life and has been appointed Professor at the Antiochian House of Studies (USA).


Prof Davor Džalto is artist, philosopher of art and theologian. He is Professor in Religion and Art at the Stockholm School of Theology, and President of The Institute for the Study of Culture and Christianity. He is the author of The Human Work of Art: A Theological Appraisal of Creativity and the Death of the Artist (SVS, 2014).

Dr John Mark Reynolds is the President of The Saint Constantine School, Houston, USA. Dr. Reynolds is a Senior Fellow of Humanities at The King’s College in New York City, and a Fellow of the Center For Science and Culture at The Discovery Institute. He is the founder and director of the Torrey Honors Institute, the Socratic, great books-centered honors program at Biola University. Dr. Reynolds is the author of numerous books, including When Athens Met Jerusalem: an Introduction to Classical and Christian Thought and is the editor of The Great Books Reader. He is a frequent blogger and lecturer on a wide range of topics including ancient philosophy, classical and home education, politics, faith, and virtue. John Mark attends St. Paul Orthodox Church in Katy, Texas with his parents, brother, wife, and children.

Nikola Madzirov (poet, essayist, translator) was born in 1973 in Strumica, Republic of Macedonia, in the family of war refugees from the Balkan Wars. When he was 18, the collapse of Yugoslavia prompted a shift in his sense of identity – as a writer reinventing himself in a country which felt new but was still nourished by deeply rooted historical traditions. His poems are translated into more than thirty languages - English, Russian, German, Spanish, Estonian and others. For the book Relocated Stone (2007) was given the East European Hubert Burda poetry award and the Miladinov Brothers award at Struga Poetry Evenings. American jazz composer Oliver Lake have composed music based on Madzirov's poems. Mark Strand said: “Madzirov's poetry is like discovering a new planet in the solar system of the imagination.”

Hegumen Dionisii Shlenov graduated from Moscow Theological Seminary in 1994. In 1998 has become a hieromonk. In 1998 has defended PhD in theology dedicating his thesis to St Niketas Stephatos. He is a lecturer in the Moscow Theological Academy since 1998 teaching ancient Greek, Latin and the Byzantine studies and managing the Greek-Latin Cabinet of the Academy. He was granted the title of hegumen in 2006.

Hegumen Hrisanf Lipilin joined the monastery of Pskov-Pechory in 1991 and became a monk and was ordained a priest in 1993. From 2000 Hegumen Khrisanf has been responsible for catechesis, he teaches subject related to spirituality and ethics at local state schools. He is the organiser of the annual theological-pedagogic conference at Pechory monastery. Fr Khrisanf has participated in previous conferences organised by St. John’s School as well as given lectures to the teachers of the school.


Fr Alexei Uminsky is the dean of the parish of the Holy Trinity in Khokhly (Moscow), the spiritual father of the St Vladimir Orthodox school in Moscow, the author of several books on children and church, the family and spiritual life. In 1982 he graduated from the Faculty of Roman and German languages of Moscow Pedagogical University. In 1990 he has become a deacon and priest. In 2004 he graduated from Moscow Spiritual Seminary and in 2016 earned a master's degree in theology from the St Petersburg Theological Academy. He worked for many years as a director of St Vladimir's School in Moscow, in 2010 he was awared an order of St Seraphim of Sarov, III degree. Since 2003 he is the host of the TV program “Orthodox Encyclopedia”, the author of columns in popular Orthodox online portals “pravoslavie.ru” and “pravmir”. His recent book “A Teenager in the Family and Church: Overcoming the Zones of Distrust” was published by Nikeia publishing house.

Boris Bratus is professor of psychology, member of the Russian Academy of Science and Russian Academy of Education. He works at the psychology department of Moscow State University since 1968 and holds a chair of psychology at the Russian Orthodox University. Bratus is the author of the holistic concept of psychic health, which is based on the results of his thorough research of motivational and meaning-producing sphere. He is actively involved in the construction of the philosophical and ethical bases of psychological knowledge. Boris Bratus has actively promoted the development of Christian psychology in Russia and is the editor of the first textbook on Christian psychology which has received the award for ‘the best textbook of the year’ by the Russian Psychological Society.

Mare Pork holds PhD in Clinical psychology, she is professor emeritus of Tallinn University and she is lecturer, consultant, advisor and seminar-leader. She specialises in organisational psychology, human resources development, couple therapy. She studied in Tartu and Moscow, and received professional qualifications from Finland and Sweden. She is popular conference speaker in Estonia and other Baltic countries.

Liivika Simmul is one of the founders and the Headmistress of St. John’s School. For the past 30 years she has worked as teacher and head of department in several public and private schools in Tallinn and Tartu. Liivika has studied pedagogy, psychology and theology.

Natalia Munatajeva (Belenchook) was born in Tallinn, Estonia, to a family with multicultural background, which embraced a few Christian denominations. Driven by her interest in Social and Cultural Anthropology with the main focus on Asia, Natalia received her Bachelor’s and first Master’s degree in Tibetan and Mongolian Studies at the department of Asian and African Studies of St. Petersburg State University (Russia). The topic of her translations and research during student years and the dissertation she defended with merits was the Buddhist hagiographic literature of Tibet and Mongolia. After a few years of working at the Academy of Science in Kazakhstan, where Natalia examined historical connections of Central
Asia and Tibet, she came back to independent Estonia and was teaching at three different universities of the capital, with the interruption of 4 years of diplomatic work in Malaysia. The topic of Creativity as the main research interest brought Natalia to the University of Aberdeen in Scotland, UK, where she received her formal Anthropological education (MRes) and later to the University of London, SOAS. In the last two years Natalia has participated in the work of the St. John Chrysostom Orthodox Research group (Scotland), and presented at theological conferences in Prague and Cluj. These presentations are due to be published in 2020. 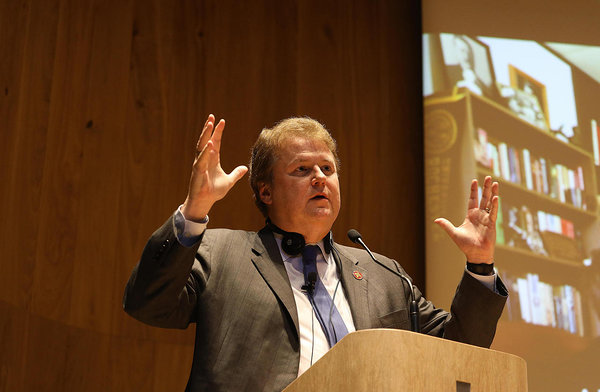